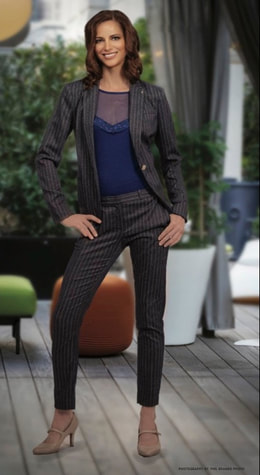 ​HEATHER D. LEE, ESQ. began her legal journey at DePaul University College of Law in Chicago, Illinois, where she served as Articles Editor of the Rule of Law Journal and a law clerk for CAIR-Chicago's civil rights department.  Heather's motivation to practice law was to help people but she quickly discovered an equal passion for contract law.  In her final year of study, Heather accepted a summer associate position and later full-time position with a law firm in Philadelphia, where she primarily handled cases involving delayed and denied life insurance claims, life insurance beneficiary disputes, and premises liability claims.

Since 2011, Heather has collected tens of millions of dollars in life and property insurance proceeds on behalf of her clients.  She is grateful to serve the legal profession as the founding attorney of the Life & Property Insurance Law Offices of Heather D. Lee, a multi-state law firm renowned for resolving delayed and denied life insurance claims, ERISA claims, accidental death and dismemberment (AD&D) claims, homeowners and renters insurance claims, and life insurance beneficiary disputes. 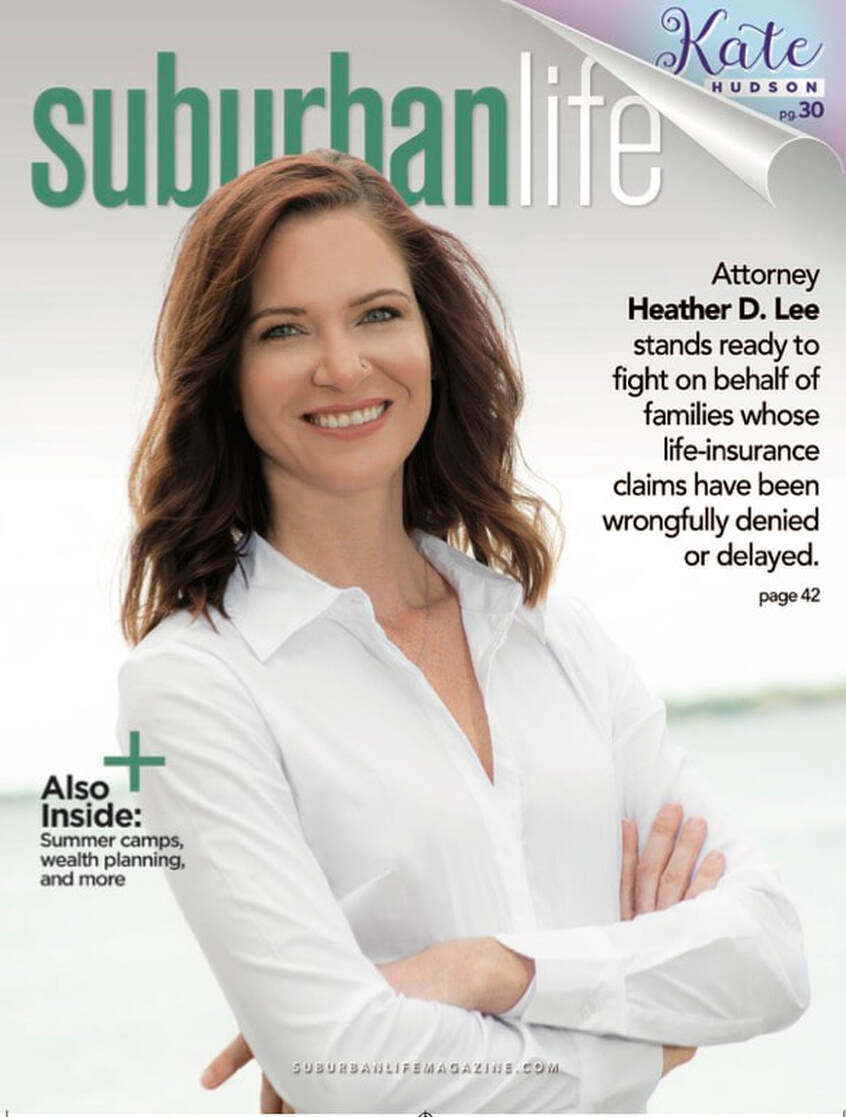 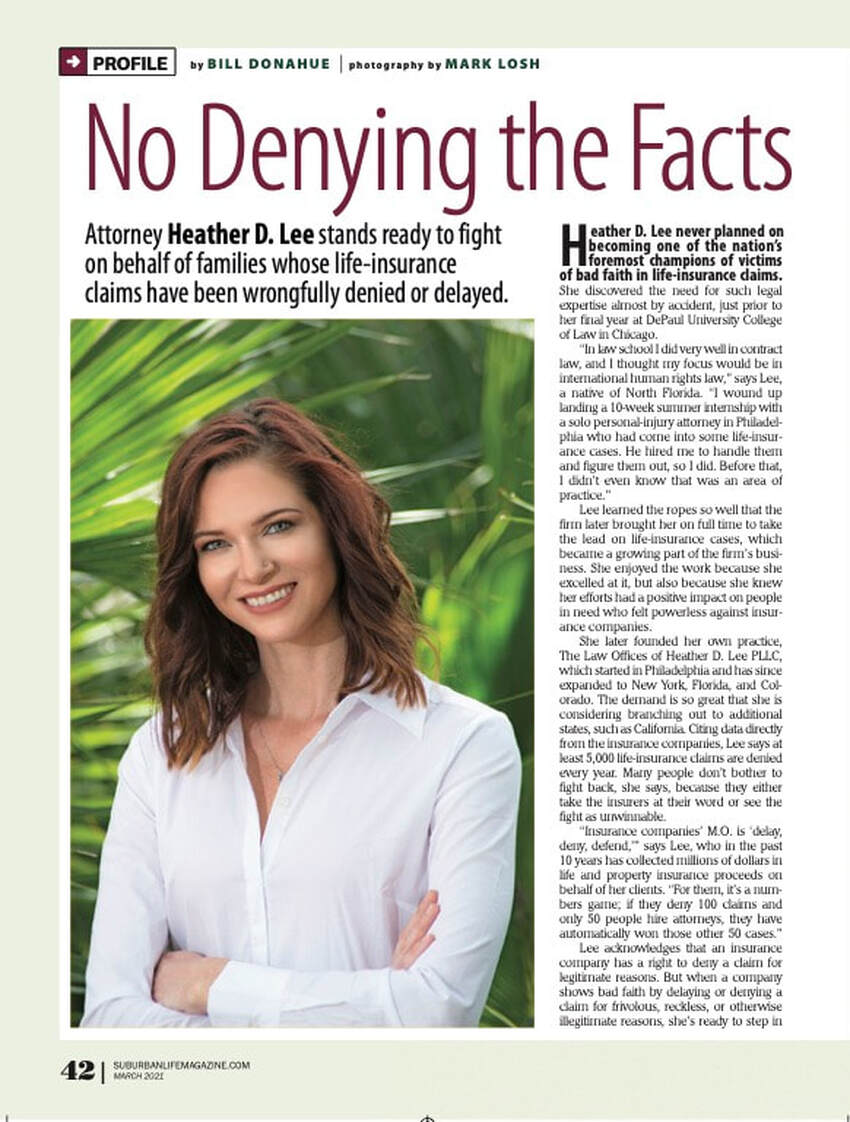 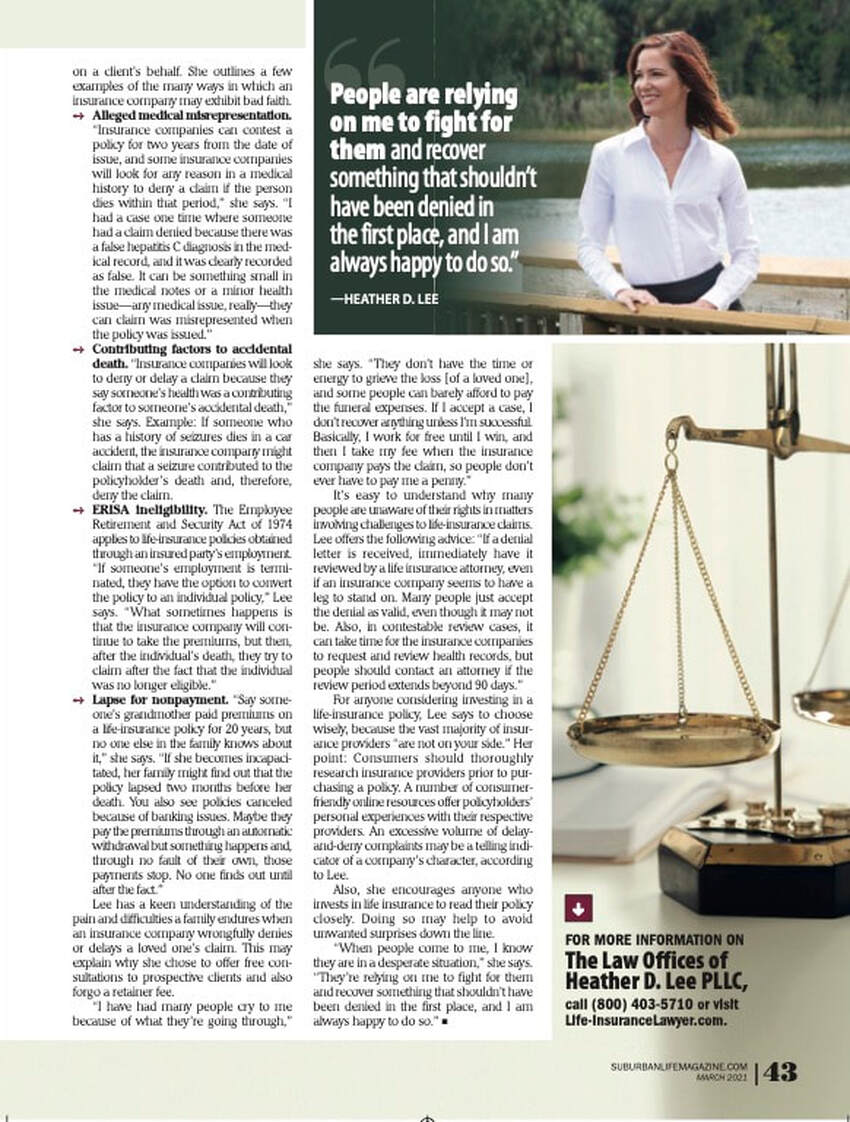 Copyright © Law Offices of Heather D. Lee, Esquire, LLC, 2011-2021.  All Rights Reserved.
​Florida [Main Office]:  4959 SW 80th Avenue, Bell, FL  32619
​New York:  445 Broad Hollow Road, Suite 25, Melville, NY  11747
Pennsylvania:  1700 Market Street, Suite 1005, Philadelphia, PA  19103
Colorado:  44 Cook Street, Suite 100, Denver, CO  80206
DISCLAIMER & PRIVACY NOTICE:  The legal information on this site should not be interpreted as nor construed to be formal legal advice.  Further, the legal information on this site is not intended to represent a guarantee of a favorable result on any particular case, and the likelihood of success on all delayed and denied life insurance claims depends upon the facts of each individual case.  For an evaluation of your legal matter, you should provide the specific facts of your case to a lawyer.  The legal information on this site does not form a lawyer/attorney-client relationship between the Law Offices of Heather D. Lee, PLLC and any individual, party, and/or entity.  This site is not intended to advertise or solicit clients for matters outside of Florida, New York, Pennsylvania, and Colorado.  All personal or other information obtained through this site is strictly protected and maintained for the limited purpose of initiating legal consultations, and such information will never be shared, sold, or otherwise distributed.